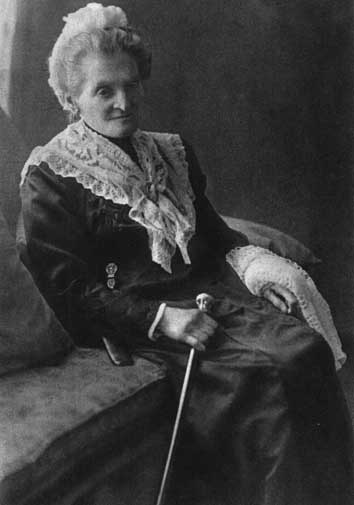 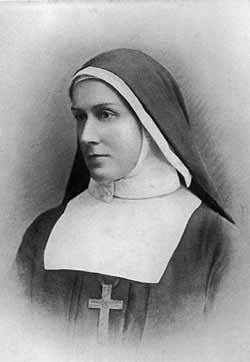 Resources by and about Anglican Women

The Country Parson's Wife, Being Intended as a Continuation of and Companion for Herbert's Country Parson
By Louisa Lane Clarke
London: J. Hatchard and Son, 187, Piccadilly;
Sold Also by Henry Redstone, Guernsey, &c., 1842.

The Inheritance of Evil; Or, the Consequences of Marrying a Deceased Wife's Sister.
By Felicia Skene
London: Joseph Masters, 1849.

Sisters of Mercy in the Church of England.
London: Joseph Masters, 1850.

Abbeokuta; or Sunrise within the Tropics
An Outline of the Origin and Progress of the Yoruba Mission
By Sarah Tucker
New York: Robert Carter and Brothers, 1854.

Practical Thoughts on Sisterhooods. In Reply to a Letter of Inquiry.
With Extracts from the Principles of Association and Rules of the Sisterhood of the Holy Communion, Now at St. Luke's Hospital.
By Anne Ayres.
New York: T. Whittaker, 1864.

The Lives of the Seven Bishops Committed to the Tower in 1688
Enriched and Illustrated with Personal Letters, Now First Published, from the Bodleian Library.
By Agnes Strickland
London: Bell and Daldy, 1866.

Mother Harriet of the Sisterhood of St Mary: A Sketch
By the Rt. Rev. George F. Seymour, D.D., LL. D., Bishop of Springfield.

The Sisters of St. Mary at Memphis: with the Acts and Sufferings of the Priests and Others Who Were There with Them during the Yellow Fever Season of 1878. New York: Printed, but not Published, 1879.

A Sermon Preached upon the Occasion of a Eucharistic Commemoration of the Clergy and Sisters Who Fell Victims to the Fever in the South. By J. Jay Joyce. St. John's Church, Washington, D.C. All Saints Day, 1878.

Deaconesses in the Church of England: A Short Essay on the Order as Existing in the Primitive Church, and on Their Present Position and Work.
London: Griffith and Farran, 1880.

Sisterhood Life and Woman's Work, in the Mission-Field of the Church
By the Right Rev. Allan Becher Webb, D.D., Bishop of Grahamstown.
London: Skeffington & Son, 1883.

Missions to the Oneidas
By Susan Fenimore Cooper
Serialized in The Living Church 1885-1886.

A Form for the Setting Apart of Deaconesses in the Diocese of New York.
New York: no publisher, 1890.

Deacons, Deaconesses and a Proposed Adaptation, in Part, of the Third Order of S. Francis, or a Proposed Outer Order for Men and Women Living in the World.
By the Author of "A Suggestion for the Times."
London: Skeffington and Son, 1891.

Robert and Louisa Stewart: In Life and in Death
By Mary E. Watson
London: Marshall Brothers, 1895.

Extracts from the Sisters' Letters, August 11th to December 29th, 1895.
[Letters of Missionary Sisters of the Community of Saint Peter, Kilburn, working in Korea]
no place: no publisher, [c. 1895]

The Deaconess and Church Training School: Paper Read at the Woman's Auxiliary Meeting of the Missionary Council at Washington.
By Deaconess Susan Trevor Knapp.
No place: no publisher, 1903.

The Deaconesses of the Church in Modern Times.
Compiled by Lawson Carter Rich.
Reprinted from The Churchman, May 4, 1907.

The Place of a Training School in the Preparation of Women for Missionary Service. An Address Delivered before the Sixth International Convention of the Student Volunteer Movement for Foreign Missions, Held in Rochester, New York, December 29, 1909, to January 2, 1910.
By Susan T. Knapp.
No place: no publisher, 1910.

Sister Henrietta, Community of St. Michael and All Angels
Edited by the Dowager Lady Loch and Miss Stockdale
London: Longmans, 1914.

A Manual for Altar Guilds with Suggestions for the Care of the Altar and Altar Linen.
Compiled by Josephine Smith Wood.
New York: Edwin S. Gorham, 1915.

On the Retention of the Word Obey in the Marriage Service of the Book of Common Prayer: A Liturgical Consultation, addressed to the Bishop of Oxford, and written before the first of August, 1914.
By J. Wickham Legg.
London: Wells Gardner, Darton and Co, 1915.

Florence Buchanan: The Little Deaconess of the South Seas
By Emlyn Jones
New York: The Macmillan Co., 1921.
London: The Central Board of Missions, 1921.

On Our Island
By Etta Mason
London: Society for Promoting Christian Knowledge, 1926.

A Heroine of the North: Memoirs of Charlotte Selina Bompas (1830-1917) Wife of the First Bishop of Selkirk (Yukon) With Extracts from Her Journal and Letters Compiled by S.A. Archer.
London: SPCK, 1929.

Mother Eva Mary, C.T.: The Story of a Foundation
By Mrs. Harlan Cleveland
With Foreword by The Rt. Rev. Irving P. Johnson, D.D. Bishop of Colorado, Visitor of the Community of the Transfiguration
Afterword by The Rt. Rev. Paul Matthews, D.D. Bishop of New Jersey, Chaplain General of the Community of the Transfiguration
Milwaukee: Morehouse, 1929.

Transfigured Tales: Talks to Children in the Chapel of the Transfiguration Glendale, Ohio.
By Mother Eva Mary, C.T.
Boston The Stratford Publishers, 1930.

"Ta'ina"
Some lines on a new movement in Melanesia.
[By Walter Hubert Baddeley]
Sydney, New South Wales: The Melanesian Mission, 1935.

Women and the Ministry
Some considerations on the Report of the Archbishops' Commission on The Ministry of Women, published on behalf of the Council of the Church Union.
London: The Church Literature Association, 1936.

Hannah Riddell: Known in Japan as "The Mother of Lepers"
By Jingo Tobimatsu
[Kumamoto: Kaishun Hospital], 1937.

Letters to Her Companions
By Emily Malbone Morgan.
Edited by Vida Dutton Scudder, with a biographical sketch by Emily Sophie Brown. Privately printed, 1944.

Deaconess for China Set Apart at Cathedral in New York.
By Elizabeth McCracken.
From The Living Church, February 3, 1946.

The Deaconess and Her Ministry in the Episcopal Church.
New York: Published by the Executive Committee of the National Conference of Deaconesses, 1949. [PDF, digitized by Wayne Kempton 2012]

Sanctification of Time: The Purpose, History, and Use of the Sunday Collects.
By Katharine S. Oliver
New York: Woman's Auxiliary of the Diocese of New York, 1950.

Elizabeth Colenso: Her Work for the Melanesian Mission.
By Francis Edith Swabey.
No place: no publisher, 1956.

Looking Back: Being Scenes from Her Life and Some Thoughts on the Nature of Prayer.
By Isabel Sanders, Deaconess in the Diocese of Waiapu.
Auckland, New Zealand: Printed by the Church Army Press, 1957.

Ten Decades of Praise: The Story of the Community of Saint Mary during Its First Century. By Sister Mary Hilary, CSM
Racine, WI: The DeKoven Foundation for Church Work, 1965.

Does the Church Want Deaconesses?
No place: no publisher, no date.

What is a Deaconess?
By Royden Keith Yerkes.
Sycamore, Illinois: The Central house for Deaconesses, no date.

Church Training and Deaconess House of the Diocese of Pennsylvania.

The Deaconess.
New York: Published by the National Conferences of Deaconesses of the Church.

Year Books of the New York Training School for Deaconesses.