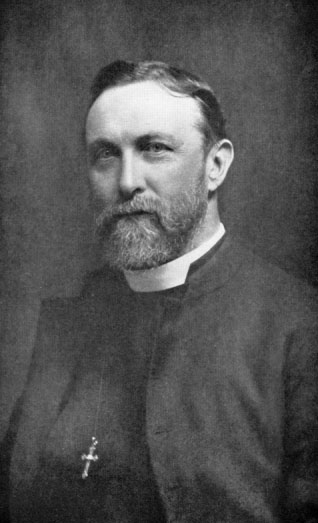 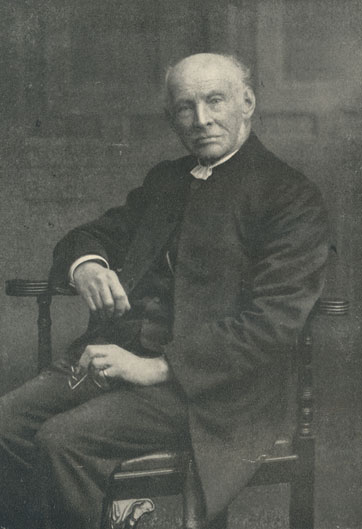 Anglicanism on the Indian subcontintent

Visit to the Syrian Christians in India.
Account of a Visit to the Syrian Christians in India, contained in an Extract from a Letter addressed by the Rev. W. H. Mill, Principal of Bishop's College, to the Secretary of the Society for the Propagation of the Gospel in Foreign Parts, dated Ajmeer, July 29, 1822. As reprinted in The Christian Journal and Literary Register, October 1826; No. 10, Vol. X.

The Glory of the Church in Its Extension to Heathen Lands: A Sermon Preached in Aid of the Incorporated Society for the Propagation of the Gospel in Foreign parts; at St. George's Church, Madras, on Whitsunday, May 14, 1826.
By Thomas Robinson, M.A., Domestic Chaplain to the Late Lord Bishop of Calcutta.
London: C. & J. Rivington, 1827.

The Lutheran Aggression: A Letter to the Tranquebar Missionaries
By George Uglow Pope
Madras: Printed for the Author, American Mission Press, 1850.

The Christianagaram Mission, Tinnevelly
Society for the Propagation of the Gospel Quarterly Paper, No. LVIII. April, 1851.
London: R. Clay, 1851.

Lectures on the Tinnevelly Missions Descriptive of the Field, the Work, and the Results with an Introductory Lecture on the Progress of Christianity in India.
By Robert Caldwell.
London: Bell & Daldy, 1857. [External link]

Church Progress in Tinnevelly
From Mission Life, Vol. VI (May 1, 1869)

The Syrian Christians: Narrative of a Tour in the Travancore Mission of the Church Missionary Society
By John M. Barton
From Mission Life, Vol. III (new series) (1872), pages 510-516

The Charge of the Lord Bishop of Bombay, Delivered to the Clergy of the Diocese in S. Thomas' Cathedral, on Tuesday, December 16th, 1884.
By Louis George Mylne.
Bombay: Thacker for The Bombay Diocesan Record, 1884.

All Saints' Memorial Church, in the City of Peshawar, Afghanistan.
By Thomas Patrick Hughes
No place: no publisher, 1885.

Our Oldest Indian Mission: A Brief History of the Vepery (Madras) Mission.
By A. Westcott.
Madras: Madras Diocesan Committee of the Society for Promoting Christian Knowledge, 1897.

Mankind and the Church: Being an Attempt to Estimate the Contribution of Great Races to the Fulness of the Church of God.
Edited by H. H. Montgomery
London, New York, Bombay and Calcutta: Longmans, Green and Co., 1907.

V. Mohammedan Races: Their Contributions to the Body of Christ
The Right Rev. G. A. Lefroy, D.D., Bishop of Lahore

Chapter I. Islam: Its Merits and Failures

VI. "The Hidden Riches of Secret Places": The Possible Service of Hinduism to the Collective Thought of the Church
The Right Rev. L. G. Mylne, D.D., formerly Bishop of Bombay

Chapter I. General Contrast between Christianity and Hinduism as Systems

Chapter III. Summary Statement of the Relation of Christianity to Pantheism

Chapter IV. Detailed Statement of the Relations of Christianity with Pantheism

Chapter V. The Service to be Rendered to Christian Thought by the Belief in the Mutual Immanence of Creator and Creature

Strengthened with Might. A Sermon Preached in the Cathedral Church of St. Paul, Calcutta, on the Occasion of the First Bishop of Dornakal.
By the Reverend Canon [Edward] Sell, D.D.
Madras: Printed at the C. L. S. Press, 1912.

An Heroic Bishop: The Life-Story of French of Lahore
By Eugene Stock
London, New York and Toronto: Hodder and Stoughton, [1913]

Thirty-nine Years in Bombay City: Being the History of the Mission Work of the Society of S. John the Evangelist in that City.
London: A. R. Mowbray, 1913. [External link]

Beginnings in India
By Eugene Stock, D.C.L.
London: Central Board of Missions and SPCK, 1917.

One Hundred Years in Ceylon, or, The Centenary Volume of the Church Missionary Society in Ceylon, 1818-1918.
Madras: Printed at the Diocesan Press, 1922. [External link]

India and the Church: Being Impressions of Some Members of the Mission of Help
Edited by E. Priestley Swain
London: Society for Promoting Christian Knowledge, 1923.
New York and Toronto: Macmillan, 1923.

A History of the Church of England in India Since the Early Days of the East India Company
By Eyre Chatterton, Bishop of Nagpur
London: SPCK, 1924.

A Charge Delivered in the Pro-Cathedral Church of the Holy Trinity, Palamcottah on June 8, 1926.
At the First Visitation of the Rt. Reverend Norman Henry Tubbs, D.D., Bishop in Tinnevelly, Ramnad and Madura.
Madras: Printed at the Diocesan Press, 1926.

Is Our Draft Constitution Fundamentally Wrong? A Series of Articles by the Bishop of Bombay reprinted by the Bombay Diocesan Magazine.
By Edwin James Palmer
Ahmednagar: Mission Press, [c. 1928]

The Reunion of Christendom: A Sermon Preached by the Bishop of Tinnevelly in St. Mark's Church, Bangalore, on Sunday, July 1, 1928.
By Norman Henry Tubbs.
Madras: The Diocesan Press, 1928.

Lausanne, Lambeth and South India: Notes on the Present Position of the Reunion Movement.
By N.P. Williams.
London, New York and Toronto: Longmans, 1930.

The Cambridge Mission to Delhi: A Brief History
By Lilian F. Henderson
Westminster: The Offices of the Mission, 1931.

India and Oxford: Fifty Years of the Oxford Mission to Calcutta
London: SPCK, [n.d., but 1933]

Thirst of India: The Story of the Growing Church in the Diocese of Amritsar.
By Heber Wilkinson.
Sketches by Joan Langley.
Toronto: The Missionary Society of the Church of England in Canada, 1954.

The Hadith in Christian-Muslim Discourse in British India, 1857-1888.
By Alan M. Guenther.
A thesis submitted to the Faculty of Graduate Studies and Research, McGill University, Montreal, in partial fulfillment of the requirements of the degree of Master of Arts. November, 1997.

Some Comments on the South India Scheme
By the Reverend Frederic Hood, Principal of Pusey House, Oxford. Written for the Church Union and addressed primarily to the members of Diocesan Councils of the Church of India, Burma and Ceylon. Church Literature Association, n.d.