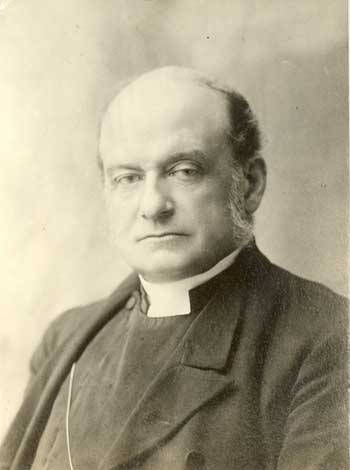 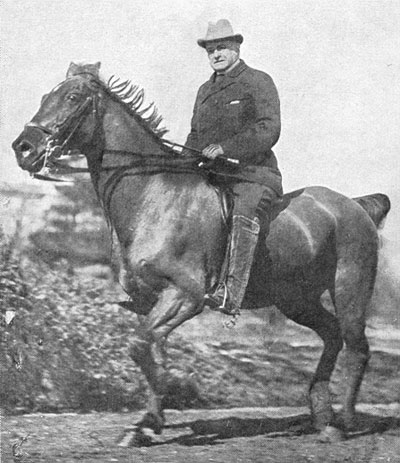 Memories of a Metropolitan Bishop: An Address Delivered at a Service Commemorative of the Restoration of Emmanuel Chapel, the Bishop Potter Memorial at Mont Alto, Pennsylvania.
By George F. Nelson.
[no place: no publisher], 1927.

The Church and the Children: A Sermon in Behalf of the Church Home of the Protestant Episcopal Church of Boston, Preached April 18, 1868.
Boston: no publisher, 1868.

The Building and the Builder: A Sermon, Preached at the Church of St. John the Evangelist, (Wainwright Memorial,) New York, November 6th, 1872, at the Institution of Rev. W. T. Egbert.
New York: American Church Press Company, 1872.

"A Living Church: What It Needs." A Sermon Preached before the Synod of the Diocese of Huron at Its Annual Session June 19th, 1877.
London, Ontario: Free Press Printing and Publishing Company, [1877].

Some Words to Men and Others of Adult Years concerning Confirmation.
New York: E.P. Dutton, 1877.

A Man after God's Own Heart: Loving Words to the Dear Memory of Francis E. Lawrence, D.D., for More Than a Quarter-century the Pastor of the Church of the Holy Communion, Spoken at the Memorial Service, Sunday Evening, November 2, 1879.
New York: Printed for private circulation, 1879.

The Relations of Science to Modern Life: A Lecture Delivered before the New York Academy of Sciences, on Thursday Evening, February 19th, 1880.
New York: G. Putnam, 1881.

Christianity and the Criminal: A Paper read before the Church Congress at Richmond, Va., Oct., 1882.
New York: T. Whittaker, 1883.

The Branded Body: A Sermon Preached in Grace Church, New York, on the Morning of the First Sunday in Lent, February 26, 1882.
New York: Privately printed, 1882.

The Place of the Scholar in American Life: An Address Delivered at the Annual Commencement of the University of Michigan, Thursday, June 26, 1884.
Ann Arbor: Published by the Board of Regents, 1884.

The Powers and the Power of the Episcopate. A Sermon Preached in St. John's Church, Detroit, on St. Matthias' day, 1885, on the Occasion of the Consecration of the Right Rev. George Worthington as Bishop of Nebraska.
Detroit: Post & Tribune Book & Job Printing Establishment, 1885.

Address Delivered at the Service Commemorative of the One Hundredth Anniversary of the Consecration of the First Bishops for America, by Bishops of the Church of England: in the Chapel of Lambeth Palace, February 4, 1887.
London: W. Ridgway, 1887.

The Reconstructive Power of the Religion of Jesus Christ. Sermon Preached at the Consecration of Trinity Church, Lenox.
Pittsfield, Massachusetts: Press of the Berkshire County Eagle, 1888.

The Sermon Preached by the Bishop of New York at the Consecration of the Chapel of S. Peter and S. Paul, St. Paul's School, Concord, N.H., on Tuesday June 5, 1888.
Concord, New Hampshire: Republication Press Association, 1888.

The Address Delivered at St. Paul's Chapel, N.Y., on Tuesday, April 30, 1889, being the One Hundredth Anniversary of the Inauguration of George Washington.
New York: De Vinne Press, 1889.

The Mission of the Episcopate: A Sermon Preached at the Consecration of the Rev. Thomas F. Davies.
Philadelphia: Vestry of St. Peter's Church and Standing Committee of the Diocese of Michigan, 1889.

The Address Delivered in St. Paul's Cathedral in Buffalo: January the third, MDCCCXC, on the Occasion of a Commemorative Service of Praise and Thanksgiving for the Completion of five and Twenty Years of the Second Episcopate of the Diocese of Western New York.
Buffalo: Matthews, Northrup & Co., 1890.

A Form for the Setting Apart of Deaconesses in the Diocese of New York.
New York: no publisher, 1890.

Remarks at the Tenth Annual Festival of the New England Society of Pennsylvania, at the Continental Hotel, Philadelphia December 22, 1890.
Philadelphia: Times Printing House, 1890.

The Relation of the Clergy to the Faith and Order of the Church. Third Triennial Charge to the Convention of the Diocese of New York.
[New York:] no publisher, [1891].

The Significance of the American Cathedral.
Rome: no publisher, 1892.

XV. A Sermon Preached at the Consecration of the American Church of the Holy Trinity, Paris; on Thanksgiving Day, Nov. 25, 1886.

XIX. The Free Church the Witness to the Brotherhood of Humanity in Christ Jesus. A Sermon Delivered before the Free Church Association on the Occasion of Their Second Annual Meeting, May 17, 1877.

The Mission and Commission of the Episcopate: A Sermon preached at the Consecration of the Rev. Phillips Brooks.
New York: Dutton, 1892.

The Oration Delivered, July 2, 1893, at the Dedication of the Monument Commemorative of the Men of New York Who Fell at Gettysburg, July 2, 1863.
New York: Pub. by order of the Board of Gettysburg Monuments Commissioners of the state of New York, 1893.

The Life-giving Word: A Sermon Memorial of the Rt. Rev. Phillips Brooks, D.D., late Bishop of the Diocese of Massachusetts.
Boston: Damrell and Upham, 1893.

The All-Conquering Companionship: A Sermon Preached by the Bishop of New York at St. Paul's School on the Twenty-third Sunday after Trinity November 10, 1895.
Concord, New Hampshire: no publisher, 1895.

"A Preacher and An Apostle:" A Discourse Commemorative of the Life and Services of the Rt. Rev. M. A. DeWolfe Howe, D.D., LL.D., First Bishop of the Diocese of Pennsylvania in Christ Cathedral, Reading, Pa. Delivered at the Request of His Successor and the Standing Committee of the Diocese on Wednesday November 13, 1895.
No place: no publisher, 1895.

The Consecration of St. John's Church in Stamford, Conn. A Sermon Preached on All Saint's Day, MDCCCXCVIII, in memory of the Rev. William Tatlock, D.D.
New York: no publisher, 1898.

A Sermon Preached on Christmas Morning: Sunday, December 25, in the Church of St. Mary the Virgin, New York

The Real Lesson of Easter.
Easter Number of the New York Journal and Advertiser, Sunday, April 7, 1901

A Sermon Preached at the Consecration of the Rt. Rev. Alexander Hamilton Vinton, D.D., as Bishop of Western Massachusetts.
Worcester, Massachusetts: All Saints' Church, 1902.

The Uses of a Cathedral
Reprinted from The Century Magazine, February 1902.

Bishop Potter's Address as Taken from the Proceedings of the Grand Chapter of the State of New York.
No place: no publisher, 1903.

Law and Loyalty, with Other Charges and Sermons Preached at the Consecrations of Bishops.
New York: E.S. Gorham, 1903.

Decline of the Home, "The Foundation of the Nation."
Sunday Magazine, November 5, 1905.

The Lord's Day: A Charge Delivered to t he Convention of the Diocese of New York at the Cathedral of St. John the Divine on Wednesday, September 27, 1905.
[New York:] no publisher, [1905]

A Sermon, Memorial of the Reverend Charles Woodruff Shields, D.D., LL.D. Sometime Professor of the Harmony of Science and Revealed Religion in Princeton University, Preached in Trinity Church, Princeton, N.J., Friday, December 9, 1904.
No place: no publisher, 1905.