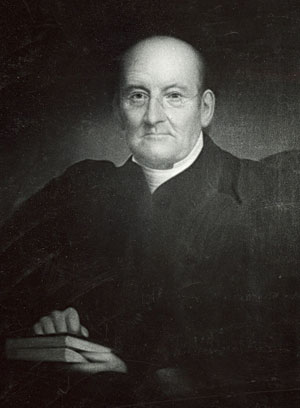 Sermon Delivered by Appointment of the Right Reverend Horatio Potter, D.D., LL.D., D.C.L., Bishop of New York, before the Ninetieth Convention of the Diocese of New York, in St. John's Chapel, Trinity Parish, in the City of New York, on Wednesday, the 24th Day of September, 1873, in Memory of Samuel Roosevelt Johnson, D.D.
By George Franklin Seymour.
New York: Styles and Cash, 1873.

The General Theological Seminary During the Professorship of Samuel Roosevelt Johnson.
By Malcolm Lysle Foster.
No place: no publisher, 1955.

The Testimony of Jesus: A Sermon Preached in St. Paul's Church, New Albany, Indiana; at the Ordination of the Rev. Andrew Wylie, D.D., President of Indiana University, on the Second Sunday of Advent, A.D. 1841.
Lafayette, Indiana: John B. Semans, 1842.

The Fading and the Unfading: A Collection of Sermons by Three Priests on the Occasion of the Decease of Adaline Haskins.
New York: John Gray, 1848.

A Sermon Preached in St. Mark's Church, Williamsburgh, L.I. in Memory of Mrs. Adaline Haskins, Wife of the Rev. Samuel M. Haskins, Rector, on the Third Sunday after the Epiphany, A. D. 1848.

California: A Sermon Preached in St. John's Church, Brooklyn, N.Y. on Sunday, February 11, 1849. Preached on the Occasion of the Departure of the Bark St. Mary for California.
New York: Stanford and Swords, 1849.

The Address to the Students of the General Theological Seminary of the Protestant Episcopal Church in the United States, at the Annual Matriculation, on the Third Sunday in Advent, December 15, 1850.
New-York: Daniel Dana, Jr., 1851.

A Memorial Discourse on the Life, Character and Services of General Jeremiah Johnson of Brooklyn, the First President of the St. Nicholas Society of Nassau Island.
Brooklyn: I. Van Anden's Press, 1854

A Discourse Delivered by Appointment of the Right Reverend Horatio Potter, D.D., Bishop of New York, at the Church of the Annunciation, City of New York, on the 25th Day of June, A.D., 1873, in Memory of Samuel Seabury, D.D.
New York: no publisher, 1873. [External link]

Statement of the Rev. Samuel R. Johnson, D.D.: Submitted to the Commission of Bishops Deputed by the House of Bishops to Visit the General Theological Seminary, January 1872.
New York: Styles and Cash, 1875.