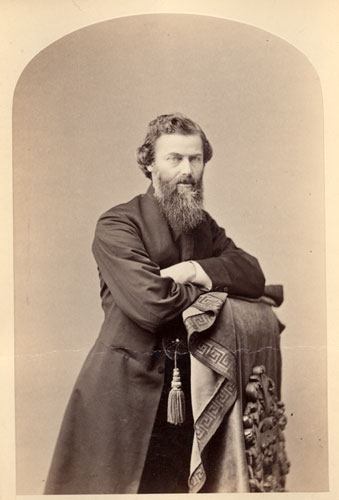 From Sanctity, and Other Sermons by F.C. Ewer.

The Eventful Nights of August 20th and 21st, 1854 and How Judge Edmonds was Hocussed, or, Fallibility of "Spiritualism" Exposed.
New York: S. Hueston, 1855.

Oration on the Relationship between Masonry & Christianity, delivered at the Centennial Celebration of St. John's Lodge No. 3 of F. & A.M., Bridgeport, Conn., Feb. 12, 1862; together with an Account of the Celebration, list of Past Masters of the Lodge &c.
New-York: F. Hart & Co., 1862.

Logical Impossibility of Any Compromise between the Church and the Sects: An Annual Sermon Preached before the Bishop Seabury Association of Brown University, Providence, R. I.
New York: American Church Press Company, 1868.

Sermons on the Failure of Protestantism, and on Catholicity.
New York: D. Appleton, 1869. [External link]

Correspondence between the Right Reverend, The Bishop of Connecticut and the Rev. F.C. Ewer on the Doctrine of the Church touching the Seven Catholic Sacraments.
New York: American Church Press, 1870.

Sermon on Catholicity and Sectarianism Preached at St. Ignatius' Church, New York, on the 18th Sunday after Trinity, 1873.
[New York:] no publisher, 1873.

Correspondence between a Parishioner and His Rector on Reverencing at the Mention of the Sacred Name, and at Entering or Leaving a Church.
[New York]: Reprinted from the Saint Chrysostom's Magazine, 1874.

Catholicity in its Relationship to Protestantism and Romanism: Being Six Conferences Delivered at Newark, N.J., at the Request of Leading Laymen of That City.
Milwaukee: Young Churchman Co., 1878. [External link]

What Is the Anglican Church?
Utica, N.Y.: Printed at the Church Eclectic Office, 1883.
Chicago: The Living Church, 1883.