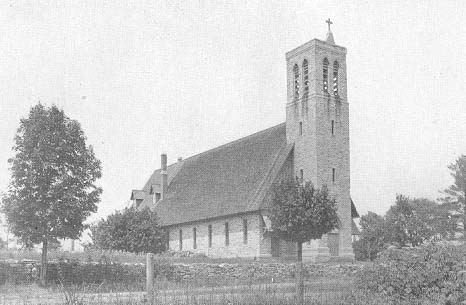 Extract from the Address of the Right Rev. Bishop Hobart to the Thirty-third Convention, of the Protestant Episcopal Church, in the State of New York; Held in Trinity Church, in the City of New York, on Tuesday, Oct. 20th, and Wednesday, Oct. 21st, A. D. 1818. Together with An Address of the Chiefs of the Oneida Nation of Indians in the State of New York, To Bishop Hobart, and the Bishop's Answer to the Same; as Found in the Appendix to the Journal of the Said Convention.
No place: no publisher, [1818]

Prayers for Families and for Particular Persons Selected from the Book of Common Prayer, Translated into the Language of the Six Nations of Indians, by Eleazer Williams.
Albany, NY: 1816.

Practical Charity: A Sermon delivered in Trinity Church, Pittsburgh, on Quinquagesima Sunday, February 18, 1849, in Aid of Domestic Missions.
With a Letter to the Sunday School by the Rev. James Lloyd Breck.
By George Upfold, D.D., The Rector.
Pittsburgh: Printed by George Parkin, 1849.

A Month among the Indian Missions and Agencies on the Missouri River, and in Minnesota and Wisconsin
New York: American Church Press, 1872.

Missions to the Oneidas
By Susan Fenimore Cooper
Serialized in The Living Church, 1885-1886

Letter to the Oneidas
By Bishop Charles Chapman Grafton (1892)

An Officer of the Line in the Conquest of the Continent
[Solomon Stevens Burleson, Priest]
By His Sons
Hartford, CT: Church Missions Publishing, no date.