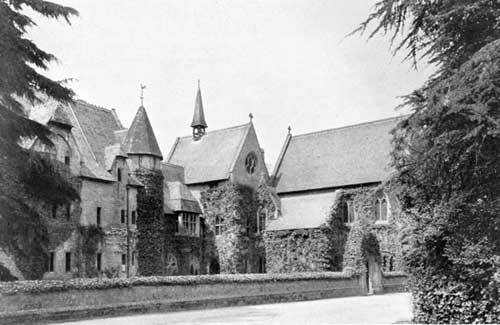 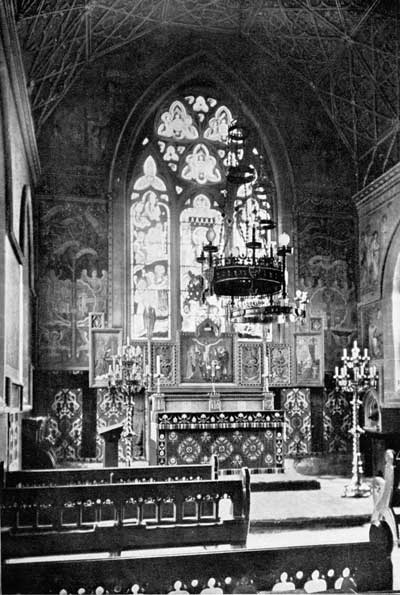 "A Little One Shall Become a Thousand:" A Sermon preached at the Opening of the Cuddesdon Theological Institution, on Thursday, June 15, 1854.
By George Augustus Selwyn
Oxford: J. Vincent, 1854.

The Path of the Youthful Minister in Days of Controversy.
A Sermon preached at Cuddesdon, on Trinity Sunday, 1856, at the Ordination of the Lord Bishop of Oxford, and published at His Request.
By Robert Eden
Oxford and London: John Henry and James Parker, 1856.

The Teacher Sent from God: A Sermon Preached after the Ordination held by the Bishop of Oxford at Cuddesdon, on Trinity Sunday, 1856.
By Henry John Pye.
London: J. Masters, 1856.

Further Thoughts upon the Diocese of Oxford, with Especial Reference to Cuddesdon College, in Reply to Mr. Twopeny.
By An Oxfordshire Idler
London: Bell and Daldy, 1858.

Silent Progress of the Work of God: A Sermon Preached in the Parish Church of Cuddesdon, on the Sixteenth Sunday after Trinity, 1858, after an Ordination held by the Lord Bishop of Oxford
By Hardwicke Shute.
Oxford: John Henry, 1858.

Address to the Students in the Theological College at Cuddesdon, May 8, 1859.
By Henry Hutchinson Swinny
London: R. Clay, 1859.

Rest before Labour: The Advantages and Dangers of Theological Colleges.
A Sermon preached on June 21, 1859, the Anniversary of the Cuddesdon Theological College.
By John Jackson, Bishop of Lincoln.
London: William Skeffington, 1859.

Some Remarks upon the Visitation of Cuddesdon College, and the State of the Church in the Diocese of Oxford.
By R. Twopeny.
London: Wertheim, Macintosh, & Hunt, 1859.

Ordination Lectures: 1. Personal Influence. 2. Strength of Will. 3. The Parish Priest A Ruler. Delivered in the Chapel of Cuddesdon College, on May 20, 21, 22, 1861, Being the First Three Days of Ember Week.
By James Russell Woodford
Oxford and London: J.H. and Jas. Parker, 1861.

Pentecostal Fear. A Sermon preached in the Parish Church, Cuddesdon, May 24, 1864, on the Anniversary of the Theological College.
By John Keble
Oxford and London: John Henry and James Parker, 1864.

The Difficulties and the Organization of A Poor Metropolitan Parish: Two Lectures, Delivered on the 16th and 17th November 1865, to the Students at the Theological College, Cuddesdon.
By Robert Gregory.
London: Rivingtons, 1866.

The Work and Prospects of Theological Colleges. A Sermon Preached at the Anniversary Festival of Cuddesdon College, June 10, 1868.
By Henry Parry Liddon
London: Rivingtons, 1868.

Christ's Presence amid Theological Studies: A Sermon Preached in the Parish Church of Cuddesdon on the Anniversary Festival of Cuddesdon College, June 14, 1870.
By William Bright
London: Rivingtons, 1870.

What Can We Do for Unity? A Sermon Preached at the Ordination in the Parish Church of Cuddesdon, on the Seventeenth Sunday after Trinity, Sept. 22, 1872
By Edwin Palmer.
Oxford: James Parker, 1872.

The Moral Groundwork of Clerical Training: A Sermon Preached at the Anniversary Festival of Cuddesdon College on Tuesday, June 10, 1873.
By Henry Parry Liddon.
London: Rivingtons, 1873.

Cuddesdon College: A Report for the Five Years Ending Trinity Term, 1878, Addressed to the Right Reverend the Lord Bishop of Oxford, Visitor, and Published by His Authority.
By Charles Wellington Furse
Oxford and London: James Parker, 1878.

Cuddesdon College, 1878: Address of Old Students to the Right Rev. the Lord Bishop of Oxford, Visitor, on the Subject of Recent Charges Brought against the College together with his Lordship's Reply.
By John Fielder Mackarness
Oxford and London: J. Parker, 1878.

An Address Respecting Cuddesdon College, Intended to Have Been Delivered at the Oxford Diocesan Conference, Oct. 10, 1878.
By Edmund Arbuthnott Knox, Bishop of Manchester.
London: Simpkin, Marshall, 1879.

Cuddesdon College Festival: Sermons Preached in the Church of All Saints, Cuddesdon, on Tuesday, June 6th, 1882, and on Tuesday, May 22nd, 1883
By James Russell Woodford and Henry Scott Holland
Oxford: W.R. Bowden, 1883.

The Victory That Overcometh the World: A Sermon Preached in the Parish Church of Cuddesdon at the Annual Festival of the College on the 2nd of June 1885.
By Francis Paget
Oxford: W.R. Bowden, 1885.

Men of God: Addresses Given at Cuddesdon College to Men Preparing for Ordination.
By John Octavius Johnston.
London and New York: Longmans, Green, 1917.

The Founding of Cuddesdon.
By Owen Chadwick
Oxford: Printed by C. Batey at the University Press, 1954.